June is Pride Month, and today's card was inspired by the rainbow flag and with the worldwide push to legalize equal marriage.  Ireland recently became the first country to legalize same-sex marriage by popular vote, which is amazing.  Personally, I'm a staunch believer that the rights of minorities shouldn't be decided by the vote of the majority, but it's wonderful to see that it actually works sometimes.  Here in Canada, we've had equal rights extended to same-sex and opposite-sex couples since the late 1990s (and same-sex marriage fully legalized in 2005) so it's really no big deal here.  It's amazing to see it becoming more the norm across the globe.  Anyway - all of this seems like odd inspiration for a card, but it's what I had in mind when choosing the rainbow, the world map, the sentiment, and the embellishments! 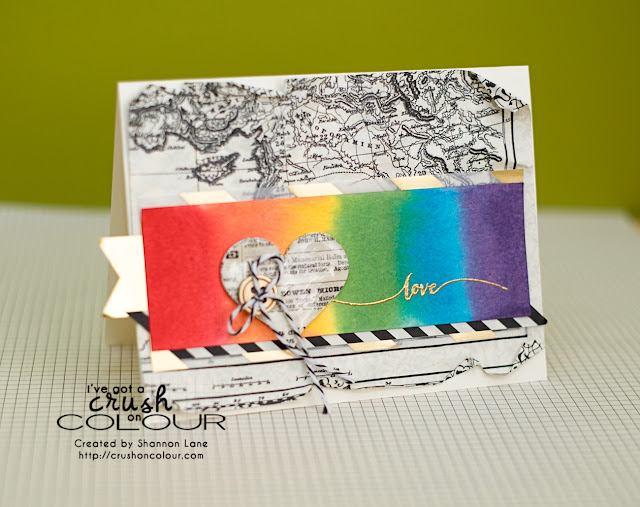 Today's card is also my entry for TGIF Challenges #6 - Watercolour!  (And yeah, I'm spelling it with the U!) 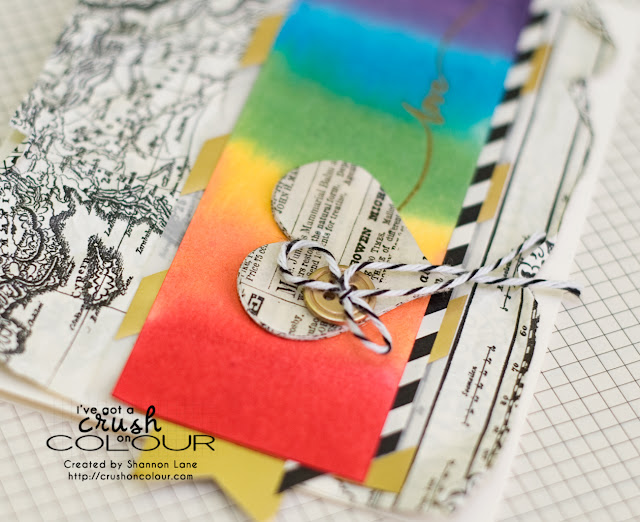 All politics and inspiration aside, I'm quite enamoured with how this card turned out - I love the bright rainbow and bold gold mixed with the vintage newsprint.  It's fun.

Click the banner to visit the details and other entries for this challenge!