It seems like ages ago that Stampin' Up started releasing monthly photopolymer stamp sets - initially, these sets were only available while supplies last.  Some sold out in record time - others, like Bombs Away, are still around! 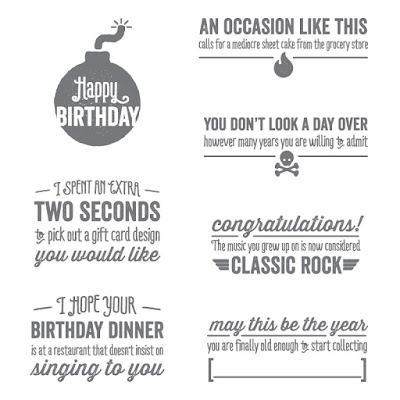 Bombs Away was one of the first photopolymer sets released, and it was an instant favourite of mine.  It was the first set I remember where Stampin' Up started to push the envelope into snarky sentiments, grungy designs, and stuff that was definitively more masculine and youthful than many of their previous offerings.  I was IN. LOVE.  I bought Bombs Away immediately because I was certain it would be sold out in a flash.

It wasn't.  It STILL isn't.  And I seriously don't understand why.  This set is awesome.

I whipped up a quick gift card holder this weekend with Bombs Away and Go Wild DSP.  So quick and easy to do - why not make a gift card extra special the next time you've got one to give? 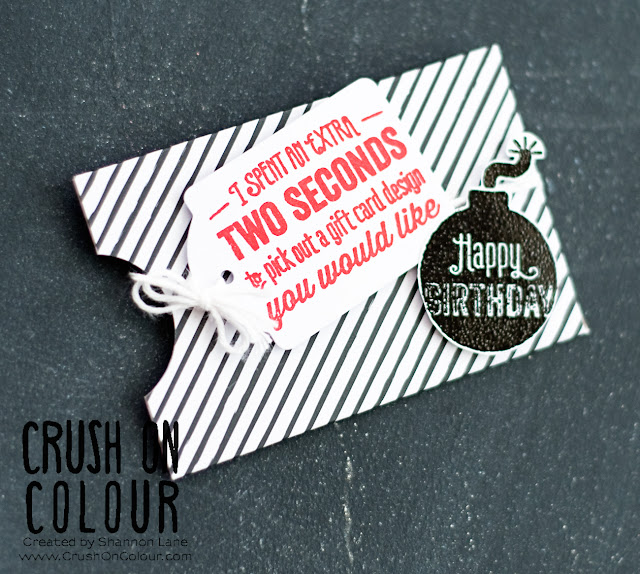 Bombs Away is an easy miss - not in the catalog, old enough that it doesn't get featured often - so I wanted to make sure it's crossed your path!  If it's not in your collection yet, WHY NOT?!